Chastain and Reid Wilson will share the No. 45 TrüNorth™ Chevrolet Silverado during the 2019 NGOTS season.

“We are thrilled to have Ross with us again this year, and to have Reid join the team,” said Niece Motorsports General Manager, Cody Efaw.  “As a team we really feel like we made a lot of progress in the caliber of our trucks last season, and we are excited to continue that momentum with two drivers who can really showcase their abilities.  We’re excited to see what we can accomplish together this season.”

The paint scheme that Chastain will run at Daytona was designed by Paul Teutul, Jr. of Paul Jr. Designs and star of “American Chopper”, in partnership with TrüNorth™.  Paul Jr. will be in attendance at the NGOTS event at Daytona International Speedway in February as the TrüNorth™/Paul Jr. Designs No. 45 takes to the track.

TrüNorth™, the leading provider of commercial asset related warranty programs and services for dealers, fleets, owner-operators, and commercial finance companies, partnered with Paul Jr. to build the first TrüNorth™ custom bike, which was unveiled in early November at the UTA Convention in Orlando.  That bike build will appear in the second episode of the new season of “American Chopper” on Discovery Channel in February.

“I’ve worked with some great folks to build amazing bikes over the years, but the TrüNorth™ bike is one of my favorites,” said Paul Jr.  “I love the ongoing relationship we’ve built with TrüNorth™.  Being a part of TrüNorth’s™ NASCAR racing program is a terrific way to engage with our common audiences and share the work we’re doing together.”

Additionally, Paul Jr. will build a second TrüNorth™ custom bike for the launch of a new brand from TrüNorth™.  This bike will be unveiled at Daytona in conjunction with the NGOTS race.

“Paul Jr. is not only great at what he does – his creativity goes way beyond expectation, he is also wonderful with people, not just fans, but everyone,” said TrüNorth™ CMO Barry Wilson.  “We have a common audience, and these folks love NASCAR, so it’s a perfect match to have Paul as part of our racing program.  We believe Cody [Efaw] and the Niece team will put our brand up front.”

“I really enjoyed working with this Niece Motorsports team last season, and I’m excited to continue that this year,” said Chastain.  “I know everyone at the shop has been working hard to prepare for this season, and I’m just fortunate to get to drive these trucks.  I feel confident that we can have a successful year together.”

The 2018 season was a busy one for Chastain, who competed in all three of NASCAR’s major series.  Chastain made 34 starts in the Monster Energy NASCAR Cup Series, 33 starts in the NXS, and seven starts in the NGOTS last season.

In September, Chastain broke into the Winner’s Circle in the NXS, after putting on a dominating performance at Las Vegas Motor Speedway, winning each stage of the race and leading 180 of 200 laps.

“I can’t wait to get this season started,” said Wilson.  “We really got our feet wet in the Truck Series last season, and I’m excited to continue that into this season.  I can’t thank Al Niece and TrüNorth™ enough for this incredible opportunity.”

Prior to moving into the NGOTS, Wilson competed in the NASCAR K&N Pro Series East, where he had a 50 percent top-10 rate.  In 2018, he was named No. 46 in MotorsportsAnalytics.com’s ranking of the top 75 NASCAR Cup Series prospects.  “Reid hasn’t competed regularly in a NASCAR ladder division, but when he does appear, he’s proven formidable,” stated David Smith, president of Motorsports Analytics.

“I’m so proud of the effort of each and every employee at Niece Motorsports,” said Team Owner Al Niece.  “To look at where we’ve come in such a short amount of time – it’s due to the hard work of everyone at our organization.  I’m really looking forward to 2019, and having Ross, Reid and TrüNorth™ at our organization are huge pieces of the puzzle.  I know that we can put together trucks that are capable of winning, and that’s certainly our goal this season.”

Niece Motorsports is owned by United States Marine Corps Veteran Al Niece.  In 2019, Niece Motorsports enters its fourth season in the NASCAR Gander Outdoors Truck Series, with drivers Ross Chastain and Reid Wilson.  Niece also owns Niece Equipment, which has for over 40 years provided clients with reliable products at competitive prices.  Niece Equipment’s reputation is built on service, integrity and dependability.  The company provides water and fuel / lube trucks that are engineered with quality and durability in mind for the construction and mining industry.  Follow the team on Facebook and Instagram @NieceMotorsports as well as Twitter @NieceMotorsport. 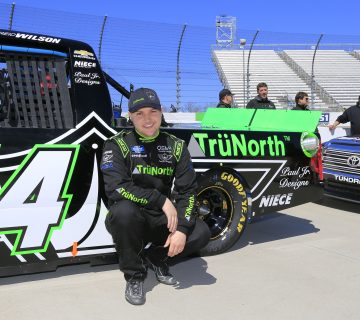 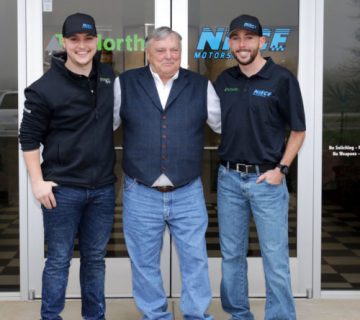